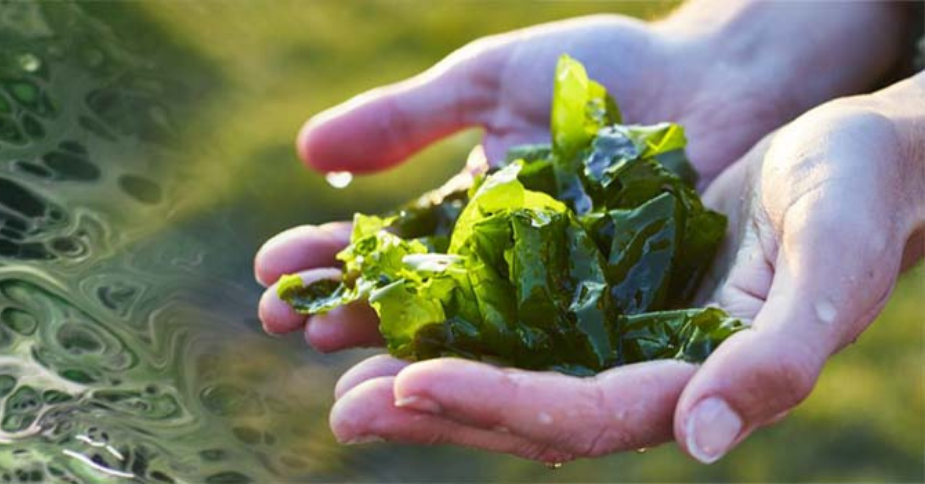 They come from the sea, grow in the sun, are neither an animal nor a plant and are super healthy: seaweed. Algae are macro-algae, which fall under the category of microorganisms. In Korea and Japan, it is impossible to imagine a cuisine without this sea vegetable. Logical, because seaweed contains many valuable nutrients, is rich in umami flavor, is very versatile in its use and very tasty, provided you know how to use them. Discover these salty marine treasures NOW!

There are over 10,000 different algae

✔ Sea lettuce: green seaweed that grows all over the world. Recognized by its thin, transparent and bright green leaves.
✔ Kombu: This flavorful herb is the perfect seasoning for a Japanese broth, and can also be stir-fried or used as a tea.
✔ Nori: combination of various red algae, sold in sheets and used, for example, for sushi.
✔ Sea spaghetti: ropes up to three meters long, used as spaghetti or noodles.
✔ Wakame: softest seaweed (brown). Can be eaten in salads, soups and rice dishes.
✔ Codium/Weed: A firm green grass with tubular branches, with a full and intense sea flavor.

1. Seaweed is considered the meat substitute of the future

Seaweed is rich in protein, iron, iodine and essential amino acids and is therefore considered the meat substitute of the future. Are you still attached to the taste of meat? Simply heat wakame or dulse (a red seaweed) in oil. What you get is an explosion of taste. The bacon flavor of dulse pairs perfectly with sweet potato, for example. It is worth trying!

Seaweed is also used as medicine, animal feed, cosmetics, dyes, thickeners and even as a raw material for biofuels and energy production. You have to get used to cooking with seaweed: they are umami, the fifth taste sensation after salt, acid, sweet and bitter. Start simple and remember: salty seaweed goes well with sweet vegetables like carrots, onions, bell peppers and corn. Do you like the tasty taste of seaweed? Then, combine it with other umami ingredients, such as tomato, shiitake and soy sauce. Or try seaweed as a snack, like nori chips.

3. High in Nutrients, Low in Calories

Seaweed contains thirteen vitamins, twenty amino acids and sixty trace elements, including the essential elements iodine and sodium. Also found in algae are special saccharides in the form of complex glyconutrients and sugars, phytohormones and sterols. Best of all, seaweed contains almost no calories and very little fat, and is also a source of high-quality protein and calcium. 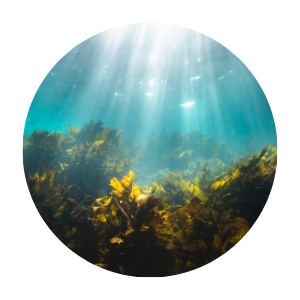 To supply the entire world population with protein, some 360,000 km2 of sea surface is needed with seaweed. It's easy, because the Pacific Ocean alone is more than 155 million km2. Seaweed is invaluable. They are at the base of the food chain and produce half of the oxygen on earth.

Seaweed and algae contain the valuable fatty acids EPA and DHA. These fatty acids are also known as fish fats because fish is the main source. However, most fish do not produce these fats themselves, but obtain them by eating algae. For vegetarians and vegans, seaweed is therefore a good vegetable source of these essential fats.

All that is needed to grow algae is sunlight and the sea, so there is no need for agricultural land or scarce fresh water. Algae grow very quickly, are very flexible and resilient, and take whatever water they need from their surroundings. It performs the same role underwater as the tropical forests above: it converts CO2 into oxygen. Algae also have a bio-filter effect: they purify water pollution.

6. Seaweed: an excellent source of iodine

All seaweed is an excellent source of iodine. Wakame, dulse, nori and sea spaghetti contain on average about 50 micrograms per gram of dried seaweed. Iodine is a trace element that plays an important role in the production of thyroid hormones. The thyroid gland is responsible, among other things, for your metabolism and needs enough iodine to function properly.

7. Organic Seaweed from La Patrona, for your meals

The Spaniard Cristina García founded La PATRONA in mid-2018, a company that cultivates organic algae in the Rías Baixas, a coastal region in southern Galicia. The seaweed is carefully cut, leaving the rhizoid (root) behind so it can continue to grow. The algae population is still left partially intact. The products are packaged in compostable packaging and dried at a temperature below 40°C. The range consists of: Kombu, Wakame, Sea Lettuce, Sea Spaghetti, Mixture of 3 seaweeds, Codium and Alganesa (= seaweed mayonnaise).

Sign up to receive the latest information on new products, articles from our blog, and more...